This is the third edition of Split Stave by Kelvin, a whiskey utilizing proprietary finish casks made exclusively for Four Gate Whiskey Company by Kelvin Cooperage in Louisville. The first two releases, a Bourbon and a Rye, respectively, were very well received by whiskey lovers. This third release is a blend of 6 and 7-year Kentucky Straight Bourbons, a 9-year Indiana Straight Bourbon, and an 8-year Indiana Straight Rye Whiskey, resulting in a sweet and spicy blend the company has dubbed BRRYE. The whiskey was then finished in their popular Split Stave casks, made by crafting a series of toasted barrels and a series of charred barrels that are broken down before use and reassembled with alternating toasted and charred staves. For this year’s release, Kelvin Cooperage utilized staves made from French Oak which produce a spicier flavor profile than traditional American White Oak. 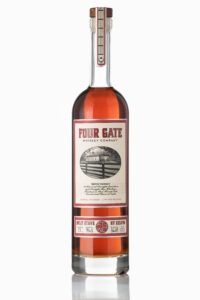 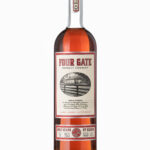 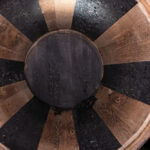 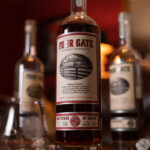 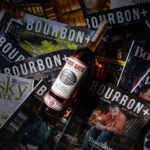