These casks are built by Kelvin by constructing a series of medium-toasted casks and a series of #2 char casks. The barrels were broken down before use and reassembled into Split Stave™ casks with alternating toasted and charred staves. The result combines the marshmallow and crème brulee sweetness of toasted barrels with the smoky oak of a double-barrel. The underlying whiskey is 7 year old Straight Rye Whiskey distilled in Indiana to a mash bill of 95% rye and 5% malted barley. 2,439 Bottles were produced at full cask strength of 112.5 proof.

“The main focus was to add complexity of flavor and additional sweetness from the wood sugars. We were already very happy with the quality of the base product,” Said Kelvin Cooperage Director of Operations William Hornaday, “By focusing on more toasted oak we were getting all those amazing caramelized wood sugars to add sweetness and depth of flavor to an already beautiful and spicy rye. In concept, the two complimented each other perfectly.”

This is the second use of these innovative barrels by Four Gate Whiskey Company, with the original release, batch #4, consisting of a bourbon aged in Split Stave™ casks released last December

“We really love the creativity Kelvin Cooperage shows with these casks,” said Chief Blending Officer Bill Straub, “The fact that we can tweak them slightly, adding more toasted staves to the mix, for example, or using a lighter or heavier char, makes this finish process really versatile.”

The result with Batch 10 is a wonderfully sweet Rye Whiskey that still maintains a hint of spice and everything that makes the underlying Rye whiskey so delicious at the start.

Taste:                     The front palate is greeted by sweet crème brulee while toasted marshmallows line the perimeter. The rear palate gets a hint of black pepper and spices with pleasing warm oak.

Straub and D’Antoni run the company as the Chief Blending Officer and Chief Barrel Officer, respectively. With their roots in Louisville, Straub has leveraged his knowledge of bourbon and the industry as founder and Editor-In-Chief of ModernThirst.com since 2014. As a successful local entrepreneur, D’Antoni has used his connections to establish relationships to get his hands on some terrific bourbon.

A local collaboration like this feeds into the Four Gate Whiskey Company philosophy: if you start with the best whiskey, and leverage some of the best-regarded experts in the field on the effects of barrels, you wind up with an amazing whiskey that both connoisseurs and collectors alike will appreciate.

There are 2,439 bottles of this release available in November in Kentucky, Tennessee, Georgia, Indiana and online through Seelbachs.com and BourbonOutfitter.com at a MSRP of $185.

Four Gate Whiskey Company started in 2018 with the goal of releasing several unique batches of whiskey products each year. With its first product launch of 11-year-old Kentucky Straight Bourbon Whiskey finished in sherry-rum casks in April 2019, the team is excited to unveil the other small batch products with unique finishes in years to come. Learn more at fourgatewhiskey.com, like us on Facebook.com and follow us on Twitter @four_gate.

Kelvin Cooperage, founded in Glasgow, Scotland in 1963 and now based in Louisville, KY, is a full-service family-owned cooperage supplying new and used barrels to wine, spirits, and beer producers around the world. For more information, visit Kelvincooperage.com

Additional media images and information are available at fourgatewhiskey.com. 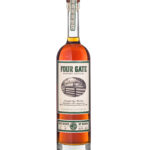 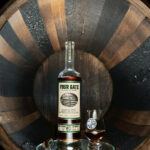 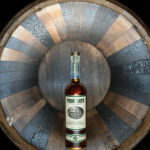 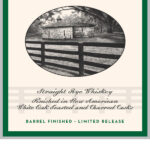 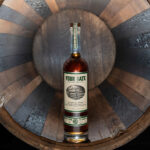 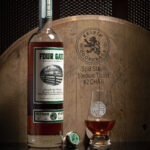