What does another year aging do to an already tasty Straight Rye Whiskey? Four Gate Whiskey Company wanted to let all our fans and customers find out for themselves. Following on the heels of batch 7, a 7 Year Indiana Straight Rye Whiskey, we blended and bottled an 8 year version of the same underlying whiskey. This release of River Kelvin Rye is 8 years old, following the same 95% rye, 5 malted barley mash bill, and came out to 113 proof. We produced 2,470 bottles. 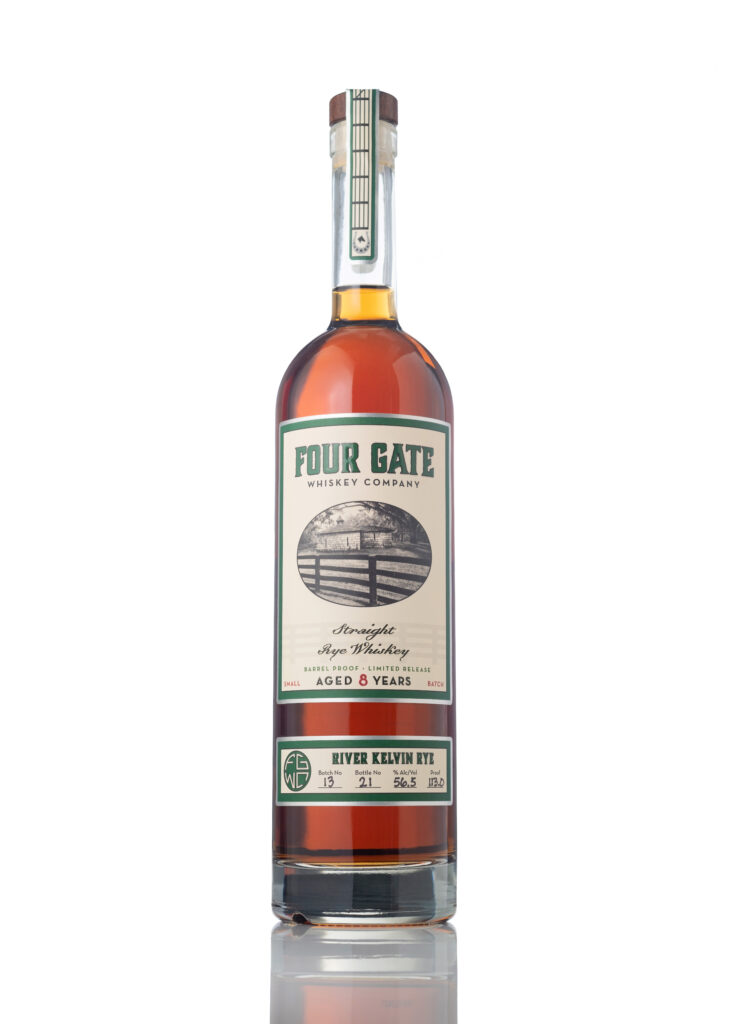